Are you feeling embarrassed on each walk with your dog because of the barking, lunging, snarling, growling, snapping behaviours your dog exhibits?

You are not alone!

You might feel alone and that really plays into the feeling of embarrassment, but the truth is, having a reactive dog is far more common than you’d think.

A(n over-)reactive dog is one who reacts to a stimulus by barking, lunging, snarling, growling, and/or snapping. The stimulus could be anything - people, dogs, vehicles, etc.

We often associate this behaviour with rescue dogs, and a history of abuse or attacks, however even dogs from breeders with no history of violence can (and do!) exhibit these behaviours. Why?

Just like we humans have our way of communicating with hand gestures and language, dogs have their own way of communicating with body language and vocalisations. We are often appalled and frightened by the display because it looks different from what we are used to, and dogs have much larger teeth, so we are programmed to fear this on some level as a survival mechanism.

There are many reasons dogs bark and snark at triggers on walks but it all comes down to two categories:

Let’s start with the latter: frustration. Some dogs are extroverts, very social and keen to interact with other social species, like dogs and humans. Frustrated-greeters, as we call them, generally lack impulse control and therefore, they get excited when they see the person or dog they want to greet, and the leash prevents them from doing this, so their emotions are heightened and that’s when the circus begins.

Unfortunately, we might inadvertently reinforce this by allowing the barking dog to greet the dog or human and they quickly learn that this works and it becomes their go-to on walks.

Sometimes this is unavoidable because the other person might choose to come closer, thinking it’s “cute” and then boom! your dog learns it works.

We often see this situation unfold unintentionally where the person (with or without a dog) is walking toward us because that is their route, getting Fido’s hopes up, and then crushing them as they pass without a greeting, starting the barkfest all over again. 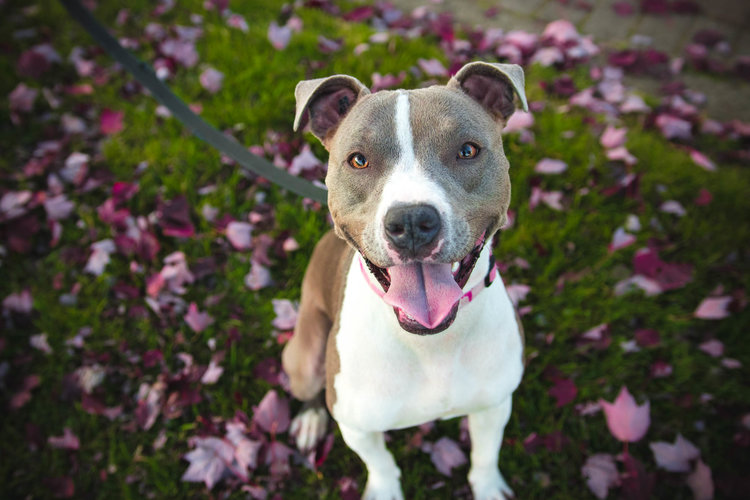 Frustration can be a toughie to modify because it is so easily reinforced beyond our control, but also because we really need a controlled environment where we can adjust the triggers’ behaviour based on the frustrated dog’s behaviour.

Every time the dog is reinforced for barking, the behaviour gets stronger.

Combine this with poor social skills and you might find that allowing your frustrated greeter to greet a person or a dog in this emotional state, might cause a spill-over into aggressive behaviour. It’s all about teaching impulse control and having enough controlled greetings to make a polite greeting “the norm”.

Now, let’s talk about fear-based reactivity. This one is very common and again, there are so many reasons it occurs. The most common reason is poor or lacking socialisation in the critical socialisation period (4-16 weeks of age). When dogs miss out on proper socialisation during this time, there will more than likely be a social deficit. This is not to say that it is irreparable, it just takes hard work and perseverance to patch up later. 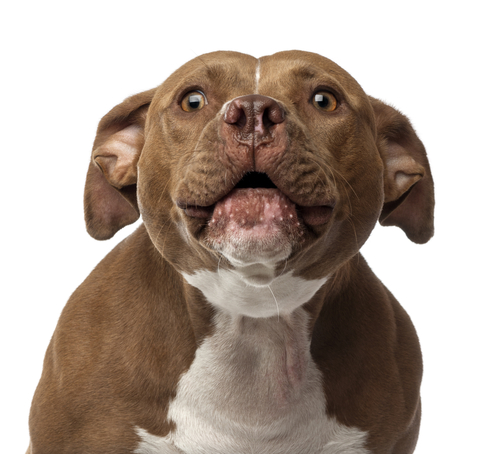 Trauma can cause fear-based reactivity. Imagine this: you have a very social dog who gets along with everyone for the most part, and is quite confident in the dog park. One fine day, your social pup is on the receiving end of an attack by another dog and suffers some minor injuries, treated at home or at the vet clinic. From that point onward, your normally social dog barks, snarks, and lunges at every dog that looks similar to the one that attacked them.

Dogs generalise the good stuff poorly and the bad stuff all too well.

What if you adopt a rescue dog and you don’t know their history but they appear to be fear-reactive? Most people make the quick assumption that the dog must have been attacked, or “beaten by a bearded man wielding a broom” because they bark at all bearded men and brooms. And so begins our collective sympathy for bearded men everywhere, because this scenario is quite rare.

There can be no assumptions when rescuing an animal.

We take them as they are, we believe them, we help them through their fears. No need to attach a story unless we know it for sure. And even then, who does it help?

Illness and injury can also contribute to reactivity - if your dog suffers from soreness in the hips, for example, and a rowdy teenage pup is jumping on them relentlessly, of course your dog is going to snark to tell them to “back off - it hurts me!!” Perhaps they’re feeling unwell and that makes them pretty darn cranky in social situations, just like us! A checkup with the vet, a high quality diet, and some good probiotics and your dog should be on their way to a healthier gut and, in turn, a healthier mood.

Lastly, genetics play a huge part in reactive behaviour as well. You could have a fabulously bred dog who misses out on the critical socialisation period and fares extremely well in life. You could have a rescue dog who was given adequate socialisation during this period and is still fear-reactive. The reverse of each of these is also true, because genetics and environment always have a hand in the game. There really is no guarantee, either way.

Does the “why” matter anyway?

Not really…it’s not going to change the training plan - we still have to manage the environment, change the dog’s emotional response to the trigger, teach some impulse control behaviours, build their confidence, and help them feel safe. 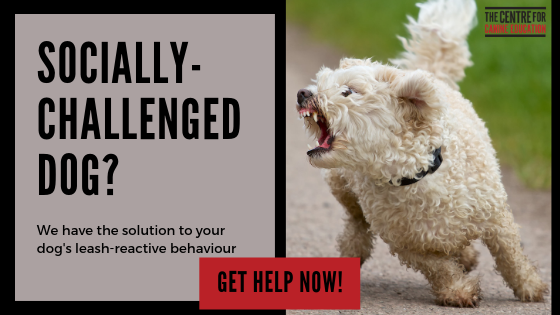