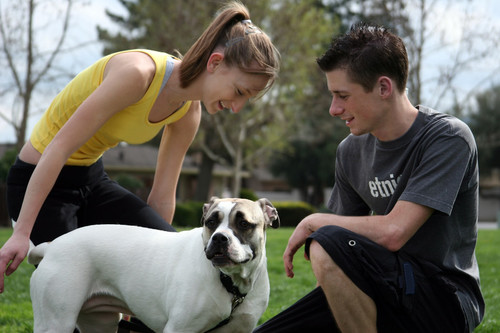 We dog trainers have what we call a negative conditioned emotional response to a few things in the dog world. The terms “alpha”, “pack leader”, “stubborn” and (human) behaviours like alpha rolling, or the use of positive punishment (leash corrections, shock collars, physical reprimands).

A common one comes to mind this week after three separate clients came to me and stated “this week I tried [XYZ] because there was a dog trainer in the dog park and (s)he said that it’s very effective.”

It’s hard to bite my tongue in those moments because [XYZ] is generally well-meaning but poor or dangerous advice from someone who may be a hobby dog trainer, but has little to no education in the field. More often than not I have to undo the damage there and explain why pinning the dog on the ground after he barked at the dog who was relentlessly humping him [or insert some other normal dog behaviour here] is not only ineffective but dangerous and considered inhumane..